Microsoft first entered the console wars with the original Xbox system on Nov 15, 2001. Since then, Xbox has been a major player in the gaming industry, giving gamers the best console experience while being revolutionary in the gaming and entertainment experience. It hasn’t been an easy road to success for Microsoft because of competition from Sony and Nintendo, but it has managed to win over fans all over the world. The latest powerhouse Microsoft Xbox is the Xbox One X, and it was released on November 7, 2017 for $329. 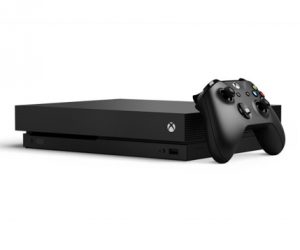 The Xbox One X has managed to do what no gaming console has managed to do yet: Implement native 4k HDR. As much as that update does make things look incredible, it’s still incredible on an older system that will eventually have to be upgraded when the Series X comes out.