The Roku Streaming Stick+ is Roku’s version of the media stick that competes against Google’s popular Chromecast and Amazon’s Fire Stick TV 4k. As a streaming fan who sometimes doesn’t want to fiddle around with too much tech, the remote for the Roku Streaming Stick+ adds simplicity to the streaming player. The high quality 4K Ultra HD isn’t too bad either.  Initially released in March of 2013, the Stick+ is in its 7th generation. It was released on October 20, 2019 at a price of $49. 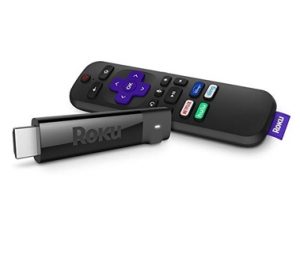 The Roku Streaming Stick+ really takes advantage of its extended range and 4K HDR streaming while somehow fitting it into a is a small yet powerful device. The disadvantages come with having a power cable that’s irritating to replace if you lose it, a lack of 4K HDR content, and an increasingly superior competition from Google and Amazon that could leave Roku behind. At $49.99 for a Roku Streaming Stick+, it’s cheap enough to where the disadvantages are easily overlooked.